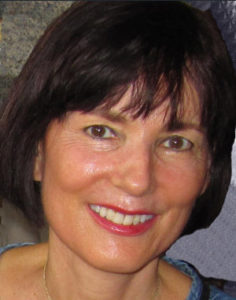 Writing in "My Daily Diary," a padded pink vinyl diary with a well-used lock and key, provided my earliest memories. I have since filled many more journals with my secrets, one written when I was eight years old, so disturbing to a neighbor, she destroyed it. I quickly learned the power of truthful writing. Luckily, I grew up in a family that loved word-play, practical jokes and laughter. To this day, when my family gets together, we tell competitive funny stories, each person trying to outdo the other. We save up our best stories for family gatherings and hone our tales privately to individuals before we sit at the dinner table to let fly our best zingers. As an adult, I realized this family tradition can be a pleasant but devious way to frame, hide and disguise emotion.

From 1987 to 1993, I was a regular Opinion/Editorial columnist in a column called OUR TURN, for a chain of newspapers in Northern California and Northern Nevada, the Tahoe World. I also published an Opinion Editorial piece for the San Francisco Chronicle, San Francisco, CA in 1992. Getting a pithy message across quickly became a habit.

When I decided to combine this skill with my family tradition of humor, both dark and light, within three years, I gave birth to forty non-fiction essays, along with several short stories; these became the award-winning manuscript, Libido Tsunami, winner in the Pacific Rim Book Festival in 2016. Libido Tsunami: Awash with the Droll in Life, was published in 2016 by Savant Books and Publishing under my pen name Cate Burns, to honor (or defame) the lineage in my maternal family that dates back to the Scottish poet Robert Burns. 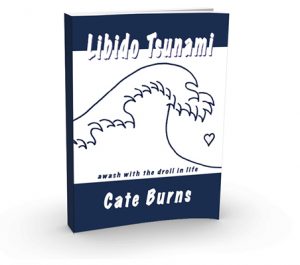 Cate Burns is a pen name. Other works have been published under Cate's given name, Kaethe Kauffman. In 2019, Kaethe Kauffman was honored to become an Amazon Genre Bestselling Poet.

Running from the Pack: 2015/16 Savant Poetry Anthology.  It included 1 of Kauffman's poems, titled: Dad in a Photo. It won the Pacific Rim Book Festival Award.

Attended the Maui Writers Conference and other writing conferences for 8 years.

Writing Critique group: 1996 to the present

ENRICHING HER LITERARY PERSPECTIVE IS HER PAST AS A:

With Savant Books and Publications Kauffman edits and brings to life enduring transformative literary works with a twist. She specializes in historical fiction and narrative non-fiction, humor, memoir and women's fiction and non-fiction.